West Meon lost thirty men in the First World War.  In recognition of their sacrifice and to tell something of their story the village set about identifying where each man lived in the village.

In 2014, the one hundred year anniversary, our school was involved in the  West Meon Poppy Trail.  A plaque was made at the village pottery for each man who lost his life and was placed at or near their address.  We are proud that our children on the School Council helped to design the plaque 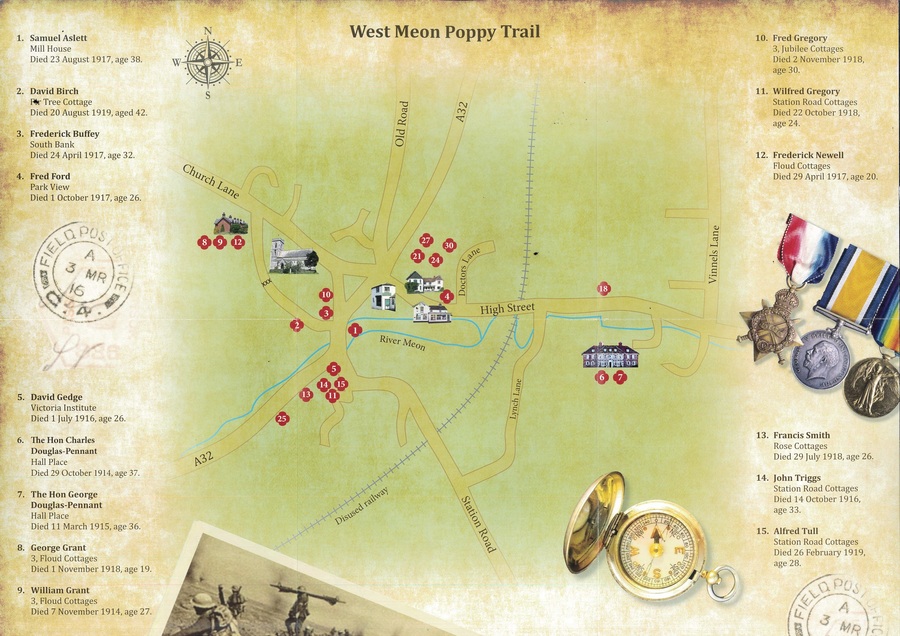 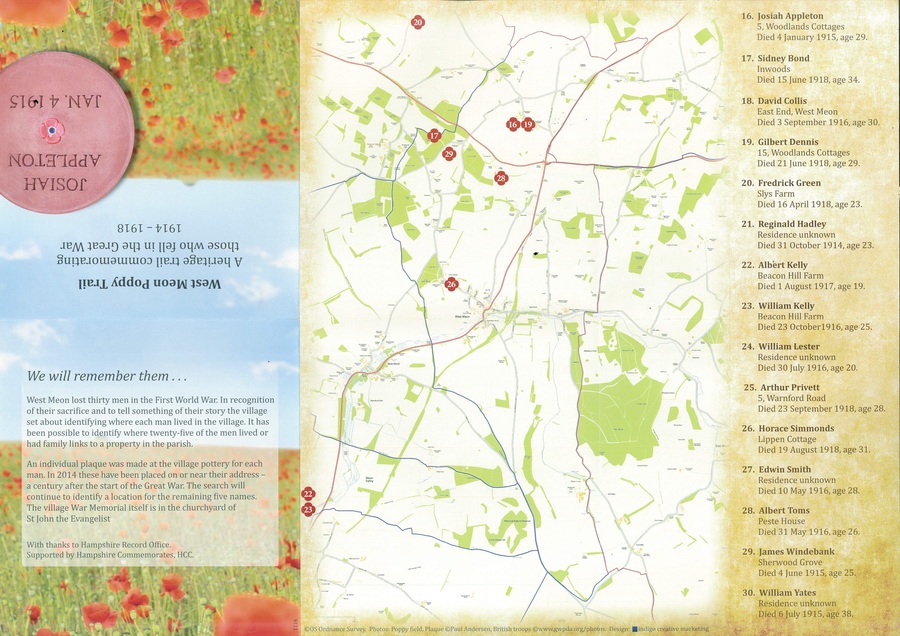